Over the years, the ROOTS Foundation has been blessed to work side by side with some amazing people and organizations. These partnerships and collaborations are what continue to fuel the mission set forth by the Foundation.

Already a beacon of positive youth influence, NALIS and ROOTS Foundation continue to work closely on a number of projects. The mutual focus is empowering youth through literacy. They have collaborated for ROOTS Poetry Slam “I Have Something to Say!” (2008-2011) and Cascadoo CNVI Festival.

Through the Young Adults Library some of the events they collaborated on include:

Through the Children’s Library they collaborated on:

The US Embassy has worked with ROOTS Foundation on multiple projects centred around youth development. The eradication of gang violence and violent extremism is the main focus of their programme, Abyssinia a Journey of Change.

Through this collaboration, Mtima Solwazi, ventured to and became an alumni of two International Visitors Leadership Programmes; Youth and Community Conflict Resolution (May, 2016) and Countering Violent Extremism (December 2017).

The Youth Training Centre has been an avid partner assisting the ROOTS Foundation in carrying out their mission for change. The boys in their program are the direct group of at risk youth that the Foundation strives to uplift.

Story Play Media is a social enterprise that uses entertainment/media to make a positive social impact. They are currently working with ROOTS Foundation on a CVE Strategic Communications Campaign as well as ROOTS Foundation’s digital outreach.

Northern Griots Network — 2015 : was very instrumental in the launch of Cascadoo CNVI (2013). Their involvement with ROOTS Foundation is one of partnership and mentorship. In 2015 the NGN launched the South North Griots Summit and in 2017 as part of Cascadoo 5.0 ROOTS Foundation hosted SNGS 2.0.

As a member of the BNV Network, ROOTS Foundation has participated at the festival in 2008, 2016 and 2017. The BNV Network is designed to create a space for like-minded organizations to share best practices, develop relationships with other organizations and educators, and to create opportunities for the Network to apply for grants, join webinars and receive subsidies to BNV and to professional development convening.

The ROOTS Foundation has many well known affiliates, a few of which include:-

PAVI (Persons Associated with the Visually Impaired) — 2009 : held a Fundraising Tea Party together.

The Commonwealth Secretariat has worked with ROOTS Foundation on Abyssinia a Journey of Change as a mechanism to prevent violent extremism and gang violence. 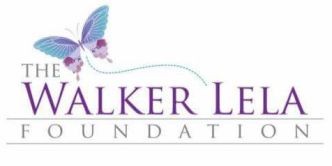 Visiting Arts — A UK based company whose purpose is to strengthen intercultural understanding through the arts.

Youth Speaks Inc. — Youth Speaks is a US originated, increasingly global movement of young people picking up pens and stepping proudly onto stages, declaring themselves present. They believe that literacy is a need, not a want.